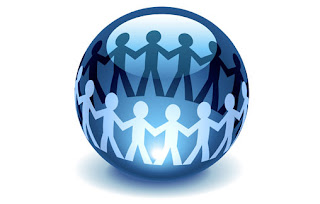 Thanks for stopping by. Today, I had an interesting situation occur. Today I collected projects from one of my groups, and what I do is call each student using my grade book, and I ask to see their project. I want to see that they did it, so I don’t find out they didn’t after I’ve finished grading, which for projects may take a while.

I got to this one student, called his name, and asked him to show me his project. He told me with almost a smirk, “I didn’t do it.” I assumed that he was like a few others who started late, and didn’t have it ready today, but would bring it in tomorrow. So I asked him, “So I’ll see it tomorrow?” He shook his head, no. I asked him again, and again he told me no. “You don’t have anything?” I asked. I was a little surprised, because it didn’t seem to me that he cared that he didn’t have his project to turn in. “So you’re going to fail my class?” I asked him. I was a bit taken aback by his response. He shrugged, as if to say, “I guess I will.”

I moved on to the next student, but I made up my mind to call mom or dad after school.

So after school, I found his phone number, and called the house. Nobody was home, so I left a message. Then I found that a cell phone number was also listed in the computer, so I called that number. The father answered.

In this case, however, the student miscalculated.

As soon as I recognized that the father was having difficulty with English, I asked, ¿Es mejor si hablamos en Español?” (Is it better that we speak in Spanish?)

You could almost see the relief in the fathers voice.

So we spent the next half hour discussing his child’s progress – or lack of progress – in Spanish.

I’ve found that almost all parents want their child to succeed. They just need to find a way to work with the teachers in that effort.

I’ve even found that non-English speaking parents have an even greater desire for their child to succeed in school, because they themselves are experiencing the hardships that come with not knowing English. Their hope is that their children will be able to live a better life, a more successful life, and they know that only with a good education will they achieve that life. Unfortunately, because there is so little communication between the parents and the school, the child often falls through the cracks, and the cycle of poverty continues.

I’ve always believed that every school needs to have at least one administrator who speaks the language of the main subculture of the school. There has to be some kind of respected liaison between that community and the school. Too many times, the parents have to go through the secretary or the custodian to communicate with the teacher or administrator. That’s not right. It’s not fair.

I spent a few weeks as a substitute administrator at my school, and at another school just recently, and I found that every day, I was using my Spanish to communicate with a parent about his/her child. I would ask myself, what happens on a normal day, when Spanish-speaking parents need to find out about their child? It’s a little disheartening.

Luckily for my student, (or unluckily for him), dad and I will be talking a lot, and I know that this year will be a successful one for him. It’s all about communication.

That leads us to

Today’s  Tip For New Teachers – Letter to the Parents. Create a generic letter that lets the parents know that you are concerned about the student’s progress. Make a list of about 6 basic concerns such as: not doing homework, not studying for tests, not focused in class, talking too much, not bring supplies, etc. You have to think about the most pressing concerns that you have in your class. Create this document, but leave the name blank. Start it with: To the Parents of _________________. Then write a short paragraph saying something like, I am concerned with the progress of your child. The reason why is:

Then have the reasons in a column down the page with a small empty box next to each of the concerns. End it with a closing paragraph like: I hope that you can work with your child to improve in these areas. Please feel free to contact me….ect. Include a parent signature line. Now you can fill one of these out for any child that is not doing well, check the appropriate boxes and send it with the child. The child will then be required to give it to mom or dad to read, sign and return to you. If you don’t get it back, then you’ll have to call, but if you do get it back, it saves you a call home. The parents have been notified. The signature confirms it. Before you send it out, however, get someone at your school to do you the favor of translating it into the language of the dominant subculture at your school. Print it with English on one side, and the other language of the back. Make it as exact as you can, so even if you don’t know the language, you know that box number three on one side is the same on the other. It’s all about communication.