My Student Teacher was Hired! Learn How She Did It!

As I mentioned in one of my previous posts, I received a call from the principal of the school where my former student teacher had an internship. I listed all the questions he asked me about her. Hopefully they were helpful in giving you an idea of what a school administrator is looking for in a new hire. 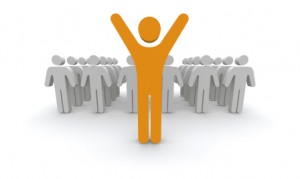 I had only good things to say about my former student teacher. She was nothing short of amazing in the classroom, but with the lack of job opportunities for teachers right now, I was actually a little surprised when I received an email from her telling me that she had been hired.

There are so many people out there who are just out of college, working part time just waiting for a teaching position to open up, and my former student teacher gets one right out of the box. Pretty amazing.

So I wanted to share the qualities that I saw in my former student teacher, we’ll call her Kim, so that other prospective teachers can see what it takes to get one of these rare positions.

1. Kim was PUNCTUAL. Many times, I would arrive at school, relatively early in comparison to my colleagues at my school, and Kim would be there waiting for me. She would even go to the office and get a spare key, so she could start working on the day’s lesson. Lesson: Don’t just be punctual; be early. That impressed me, and I mentioned this to the principal when he called for a recommendation.

2. Kim was DRESSED FOR RESPECT. Kim always dressed as if she was going for a job interview. She wasn’t dressed ultra-formal, but she wasn’t one of those just-got-out-of-bed teachers either. You know who I’m talking about. Every school has one. Kim dressed as if she was going to be on the cover of a teacher magazine representing every teacher. Lesson: How you dress for school demonstrates the value you put on your position.

3. Kim was PREPARED. Kim always had a lesson plan ready to go. She came to school each day with her day all planned out on paper. She knew what supplies she needed, how many copies she was going to make, when each activity was going to fit into her lesson, etc. My first question each morning was, “What do you need from me?” That’s when she put me to work making copies or getting supplies. I never had to worry if the students were going to get a good education that day. I never had to think about stepping in to “save” her from an unprepared lesson plan. Kim was thorough and meticulous with her lessons. Having to have detailed lesson plans, I know, was part of her college course requirements, and probably not a reality once you graduate (I don’t make plans like that), but just the fact that she was always ready to teach each day was impressive. Lesson: Allocate a lot of time to prepare quality lessons. It shows you are dedicated to giving the students a quality education.

4. Kim LISTENED. I never had to tell Kim more than once where she could improve. She would take my suggestions, and then she would implement them in the following lesson. There was even one time when I was wrong about something. I know it’s hard to believe, but I’m not as perfect as I think I am. Instead of arguing the point with me, however, she listened, and later, alone, she explained to me where I had made a mistake. I have to admit, it was tough being “schooled” by this young teacher, but she was right and I was wrong, and she did the professional thing by talking to me one on one, and not in front of others to “show me up.” The other times, however, I was right. (I had to throw that in.) Lesson: Don’t be a know-it-all. Your master teacher won’t take it kindly if you aren’t teachable.

5. Kim was PERSISTENT. From my conversations with her, Kim was always in contact with the university’s guidance center. She was always checking to see if there were any new jobs available or what other requirements she needed to complete, etc. Kim didn’t let things just happen. She made things happen. Lesson: In this job market, where teaching positions are so hard to come by, if a candidate doesn’t self-advocate, they’re going to be left behind by those who do – like Kim.

One of the reasons I like being a master teacher is because I get to see what is being taught in the universities to new teachers. It’s been so long since I’ve been in a college classroom that I don’t even know some of the new educational jargon that my student teachers ask me about.

The main reason, however, that I enjoy having student teachers in my class is because their save-the-world attitude is so refreshing. They want to save every child, and their motives for getting into this profession have so little to do about money. It serves to remind veterans like me of why I became a teacher way back when.

I know that the students who are lucky enough to be enrolled in Kim’s classes will have a year they will never forget. Way to go, Kim!

Informational
Reverse The Label – Focusing on the Student First
He Would Have Been My Student – Cancer Sucks!