When Warnings Don’t Work – Taking Back Control of Your Classroom 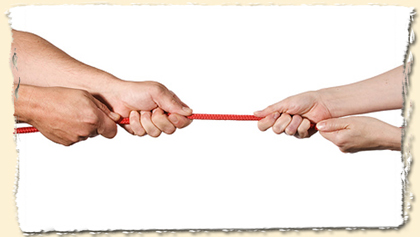 What do you do when there is a student who just won’t stop disrupting the class?

This is a question I get a lot from my student teachers.

New teachers especially are going to be tested right off the bat by certain students.

Some students just don’t get it. You warn them. You give them a consequence like an after-school detention, but still the student continues to stop you from teaching.

You can’t let that go on. In this tug-of-war, you have to win.

You have to make your stand at that moment or else you will lose your position of authority in the eyes of the students.

The dilemma for new teachers is that sending a student to the office for being a disruption makes them look bad. New teachers don’t like sending students to the office, because it appears to the administration that the teacher can’t handle the class

That’s the impression I got when I was subbing as an administrator, seeing student after student from the same teacher.

This post hopefully will help you handle these disruptive students in a way that will keep you from sending them to the office, while at the same time asserting your authority in the classroom.

I teach eighth graders, (yes eighth graders) and every year there is one or two students who will try to take control of the class away from me. I make it clear early on in the year that I’m not going to let that happen.

The answer is: I kick them out of the classroom.

Yes, I remove them from the room as soon as I notice that my previous warnings aren’t going to do the trick.

Now, I don’t send them to the office. That would be too easy.

Here’s how I handle it using a hypothetical, yet common example:

Assuming I’ve already given the obligatory warnings, and even an after-school detention, it becomes clear that one student will not stop disrupting the class. That’s when I decide to send my message not only to that student, but to the rest of the class.

I’ll stop what I’m doing and look directly at him.

I’ll say, “Johnny,” I’ll wait till I get his attention. “Wait outside.”

This will automatically get the attention of the entire class. That’s what you want. You’re teaching a lesson. It may not be part of the curriculum, but it’s an essential lesson nonetheless.

He’ll probably try and negotiate his way out of it, but by this time, all negotiations have been exhausted.

I’ll repeat my instructions again in a firm, yet controlled voice.

“Wait for me outside the door.”

He’ll slowly get up and start walking to the door.

I’ll then go back to teaching. I will not watch him as he leaves the class. This is important.

You have to be careful not to make too big of a deal out of it. You don’t want to humiliate any student, even Johnny. This is especially critical with eighth graders. Showing them up in front of the class can be bad. It can lead to bigger problems for you. That’s for another post, however.

I go back and continue the lesson as if nothing happened. All the while, Johnny is waiting outside.

As soon as I have some down time where the rest of the class is occupied with seat work, I go and talk with Johnny.

By this time, Johnny has spent a few minutes thinking about what happened. He has no friends with him to support his actions, so he should be in a more docile state of mind, ready to listen, even a little afraid. That’s good.

This is when I decide to either send him to the office for a serious consequence, or more often, to explain to him how it is going to work in my class.

I might ask him, “Why do you think I sent you out here?”

Believe it or not, they know, and they’ll admit to disrupting the class. Most won’t argue with you. If they do, then they go to the office. No more discussion.

I’ll give him the choice, “You can either go to the office or you can come back into my class. What do you want to do?”

They always choose to come back to class, but I make it clear in a low serious hushed voice that they are going to spend the rest of the period not disrupting the class. “I want you in my class.” I tell Johnny, “but not if you’re going to stop me from doing my job. Am I clear?”

I always tell him what I want him to do: “You’re going to sit down; get your work out, and finish it. If I have to call your name one more time, you’re going to the office. Understand?”

A lot of times they’ll say, “I wasn’t the only one talking.”

I don’t even discuss it. There is no time to discuss it. I just repeat my instructions: “You’re going to sit down; get your work out, and finish it. If I have to call your name one more time, you’re going to the office. Understand?”

After reminding him of the earlier detention, I let him back in my class, and again continue as if nothing happened, but everybody knows that something big has indeed happened.

It would be great if your class was full of angel children who are self-motivated and hang on every word you say, but it’s not. Every class will have a Johnny or a Suzie who will want to take control away from you.

You can’t let that happen if you want to have a successful year. You have to assert your authority early in the year or else at the end of the year, when the students are more comfortable, it will be terrible. Trust me.

Informational, TNT (Tips for New Teachers)
Who Is Your Project This Year? or I Know Karate.
CFIS Philanthropic Society – The Journey – Part 9 – I’m Afraid