Writing a Class Rap – What an Adventure! 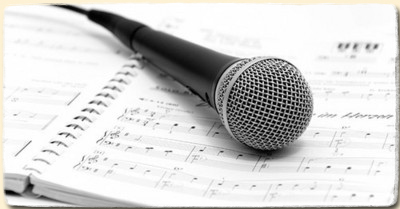 We wrote a class rap about Lewis and Clark.

Yes, you heard me right – a class rap.

I’ve mentioned before that one of the best ways to engage your students is by incorporating your hobbies or passions into your lessons.

One of my hobbies is music and song writing, so I thought it would be a cool idea to try and take what we’ve been learning and write a rap as a class. I did this last year for the first time, and it worked out pretty good. I learned a lot from that first experiment, and this year it went a little better. Here’s what I did:

1. I set up a Word document on my computer with the beginning lines of the rap:

2. I project the document onto the screen at the front of the room using my LCD projector.

3. I have the students pull out a sheet of paper and write down that first part. This is key. I learned the hard way that you needed the students writing this down or else they will quickly lose focus and start socializing. I have enough trouble with my 8th graders doing this anyway, but with this non-structured activity, it’s even more likely.

4. I choose a student who types fast and who is a good speller, and sit her/him at my desk in front of the computer.

6. That’s when I read the first part of the rap to them. I try and read it as if a person was saying it in a rap.

7. I then open it up for suggestions for a line that rhymes with the word “explore.” Here is another key item. You have to use words that are easy to rhyme. The students will suggest lines that are really creative, but have a last word that doesn’t rhyme with anything, and you’ll be stuck. It does get loud, so if you’re not comfortable with a noisy class, this may not be the activity for you. You will also have to help them along a little. I’ll ask, “What words rhyme with ‘explore’?” They’ll shout out “door, floor, ignore, store, snore, adore, and someone will say, “shore.” That’s when I’ll say, “Shore! That’s a good one. What can we say that ends in ‘shore’?”

8. All the while, I’m telling the student at the computer to type our suggestions onto the screen. The students copy down the suggestions, and I continue.

9. We continue writing stanzas from our notes. Little by little the rap appears. When we complete a stanza, the students cheer. I have to shoot down some of the more nonsense suggestions, but I do it in a nice way: “That’s good, but it may be just too deep for this rap.”

10. I go back every now and then and read the rap from the top, so we can remember what we’ve already written.

11. Finally, after about 30 minutes of shouting and laughing and redirecting, we come up with a finished rap.

I like this activity, because the students are studying their notes in a fun, interactive way, and since I like lyric writing, I’m enjoying the process which comes through to the class.

This time, I found that one of my most disengaged students was totally into this activity and actually contributed one of the stanzas. That was pretty cool.

What I did for this post was take the best stanzas from the four raps that we created ( I have four different groups of students), and combined them into one long rap. I was pretty impressed with the outcome. Kids always have a way of surprising me. There was one group that I was a little hesitant about trying this activity with. I even had a back up lesson if they couldn’t handle it, but again, they proved me wrong and came up with one of the better raps.

I’m curious to know what you think about this lesson. Questions? Concerns? Let me know.

Here it is: The Lewis and Clark Rap

I’m going to tell you a story

We’ll learn about the

They had a mission

To go and explore

And much much more

How far the Missouri river would flow

So he asked two men,

To place on history

They started on their way

Who complained a lot

About the mosquitoes and flies

For lots of riches and fame

There was a young Indian lady

Her name was Sacagawea

And she made them strong

She became a mother

She helped with translation

Kept them from starvation

She was an inspiration

Sacagawea walked by their side

An Indian girl who became their guide

She helped with the food

Helped them to reach

After exploring the west

They arrived back home

With more hair on their chest

Got money, land, and fame

Informational, What I Did Today
Freebies – Taking a Little Bit of the Stress Out of the Tests – Today’s TNT (Tips for New Teachers)
Cool Cat Teacher, Vicki Davis, Offers Advice to New Teachers