After 23 Years of Teaching, It’s Over. Stepping Out of the Classroom and Into Administration 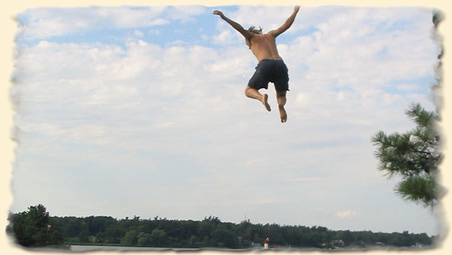 I was hired as a Student Advisor at another school.

What’s a Student Advisor? Thank you for asking.

I decided it was time to take the leap into school administration, and to get there, I had to first become a Student Advisor.

My duties will include student scheduling, discipline, enrollment counts, student recognition, along with supporting programs such as English Language Development and the Associated Student Body.

I’ll have my own office, and I’ll be working closely with the principal and the assistant principal.

I had applied several times before for this position.

I had gone through the interview process each time, and each time I had been disappointed to hear that a friend of a friend of the principal had been hired.

It was kind of disillusioning experience, so when I applied this last time, I didn’t have my hopes up too high.

I went into the interview, and I answered their questions about my philosophy on discipline and what I would do to lessen the achievement gap along with others,  and I went home feeling good, but prepared to get another rejection letter.

Then I got a call back for a second interview. That’s when I started getting my hopes up.

As it turned out, out of 29 applicants, I was in the top TWO.

Finally, after spending almost the whole day waiting for a call from the district, the call came.

I was offered the position of Student Advisor.

I accepted, obviously, but when I hung up the phone, I was hit with feelings  of joy and sadness.

I was happy and grateful that I was offered the job, but it meant that I would be leaving my school, my friends, and most of all, teaching.

I was excited about the idea of becoming an administrator, but having been a teacher for 23 years, it’s kind of hard to think that I won’t be teaching anymore.

The toughest part of leaving the classroom was the idea of leaving my friends at my old school.  I’ve been on the same team with the same group of teachers for over 13 years. We have become family. We’ve been through so much, and now it’s over. Yes, we can still call and text and visit, but it’s not the same.

I’m going to miss the classroom. I love teaching. It’s what I do. It’s who I am, and I finally got to the point where I was pretty good at it.

Now, however, it feels like I’m starting all over again. I’m a rookie. I’m a student, learning how to do a new job.

I’m a little nervous, because my responsibilities are a bit daunting, but I’m also excited about making an impact in a new arena of education.

I think I’ll be alright.

I have the support of my new principal and the assistant principal, plus I have made so many friends in administration over the years who I know I can call if I get stuck. Plus, I have a world-wide community of bloggers and tweeters who I’ve connected with over the past year. I know where I can go for help.

I’m going to continue adding tips and strategies for new teachers, but maybe not as frequently. Sorry.

I will be starting a new blog called: SchoolAdministrationMastery.com.

Sounds like a site where school administrators can go to learn to be masters at their profession.

Actually, it’s a blog that will be describing my journey toward school administration mastery.

I hope you can stop by and take a look. It should be up sometime this month.

This isn’t good-bye, but I would like to say thank you to all those visitors who made SuccessInTheClassroom.com so popular. I hope my posts have been helpful in making your journey as a classroom teacher a more successful one.

A Little About Me
Great Job! I’m Proud of You. – Teachers Need a Pat on the Back Too.
Techniques that Put Students on the Path to College – No Opt Out