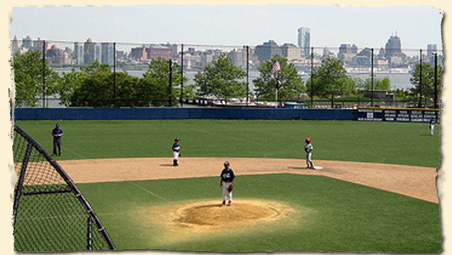 I went to my son’s little league game yesterday. It was ridiculous.

The coach from the other team started complaining about some of the calls made by the umpire, and eventually the coach just lost it, and started screaming and yelling at the umpire right there in front of the team of 9 and 10-year-olds.

I couldn’t believe what I was seeing.

I couldn’t believe what I did next.

I was so mad that this coach that I started doing my own yelling.

Then I remembered – I’m a teacher.

I had to control myself, and there’s the issue.

Even after the last bell rings, and the work day is over, I still have to be a teacher. I have to be careful what I say, where I’m seen, and what I do.

I’m not the party animal type. Neither do I have any dangerous habits, so it’s not that tough for me to protect the honor of my profession.

Other teachers, however, can find themselves in awkward situations. For example, a teacher friend of mine was planning on having a birthday party at her house over the weekend. She went to the store to buy supplies which included alcoholic beverages. She filled her basket with cases of beer. Guess who just happened to be shopping in the same grocery store? You guessed it – a student and her parents.

Now, I know what you’re saying. “There’s nothing wrong with this.”

And I agree, but can you understand how this can “look” bad?

My friend made it a point to explain to the parent that the cart-load of beer was for a big party she was throwing, but she felt kind of bad about it all.

It was just awkward – only because it happened to a teacher.

Back to the little league coach.

The coach was eventually kicked out of the game.

For a moment, I wondered what this coach did for living. I was hoping that he wasn’t a teacher.

Then it struck me.

He is a teacher.

Maybe not a teacher like me or you – working in school, but he’s a teacher nonetheless.

His classroom was the baseball field. His students were his players.

He was called coach, but his job description, whether he accepts it or not, is to teach.

What kind of lesson was he presenting at that moment when he was yelling at the umpire?

He forgot his first duty as a coach – to teach.

That is why I admire Coach John Wooden so much. He was a great basketball coach, but he placed more emphasis on being a teacher to his players. That’s what made him so great.

The little league coach forgot what was best for his class.

I almost forgot too. I got so mad that I almost let my emotions cause me to forget my class, which in this case was my son. I could have been kicked out of the game too. What kind of headline would that make? Teacher Gets Ejected From Little League Game.

So, if there is any advice that I can offer to new teachers or soon-to-be teachers, I would say to remember that being a teacher is more than just a job title. It’s a lifestyle. It’s a seven-day-a-week-twenty-four-hour-a-day responsibility. It may not be fair, but you’re going to be held to a higher standard, just because you’re a teacher.

I think it’s a good thing.

Do you think this is fair? Should teachers be held to this higher standard?

I welcome your comments.