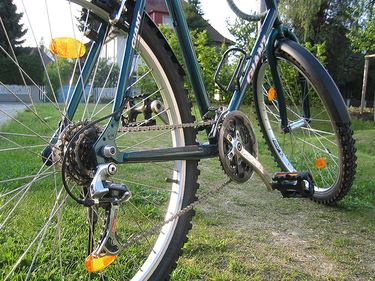 Yesterday, I had to teach my students about the Fugitive Slave Act. This was a law that allowed slave owners to go up to the North and retrieve their runaway slaves. It was part of the Compromise of 1850, and one of the causes of the American Civil War.

It’s a pretty tough concept to teach to 8th graders.

As a new teacher,  you’re going to find that there are some concepts that students have to master, but keeping their attention, because the information is complicated or boring to your students, may be difficult. The Fugitive Slave Act is one of those hard-to-get-the-kids-into-it concepts.

These are the times when I use two different strategies that have helped me better reach my students.

1. Use a current example to connect with a complex concept.

2. Make a student the star of the story.

I told the class the story of Jacob (one of my students) who just got a brand new bike. (Not really – just a story I made up.)

Here Jacob is automatically elevated to celebrity status, because the story is about him. Jacob is one of those students who still doesn’t see the importance of school. On this day, however, he’s totally into the story, because it’s about him.

The police officer, however, determines that since the bike had crossed city lines, the bike gets to stay with the person who stole it.

This is when the kids in the class start shouting, “That’s not fair!” or “He can’t do that!”

That’s when I tell the class about how in the 1800’s, slave owners complained that abolitionists were helping their slaves escape to the North, and once in the free states, they had no way of getting their “property” back.

The slave owners claimed that it wasn’t fair, so to keep the South from quitting the country back in 1850, the Congress passed the Fugitive Slave Act that allowed slave owners to go up and get their slaves back.

We get into the discussion comparing Josh’s bike with slaves, and how although they are both considered property, slaves were human beings, so “stealing” them was acceptable.

I make sure to make the story interesting by adding dialogue and descriptions. I especially enjoy making Jacob cry uncontrollably in the story. (You have to be careful which student you choose for you main character. Jacob could take the joking around.)

Anytime I need to teach a hard-to-grasp concept, I try to use these two strategies to get it across.

Today, I announced to the class that Jacob got his bike back.

Informational, What I Did Today
Having a Bad Day? Not feeling too well? Suck it up!
10 Ways to Pass the Time While on Duty